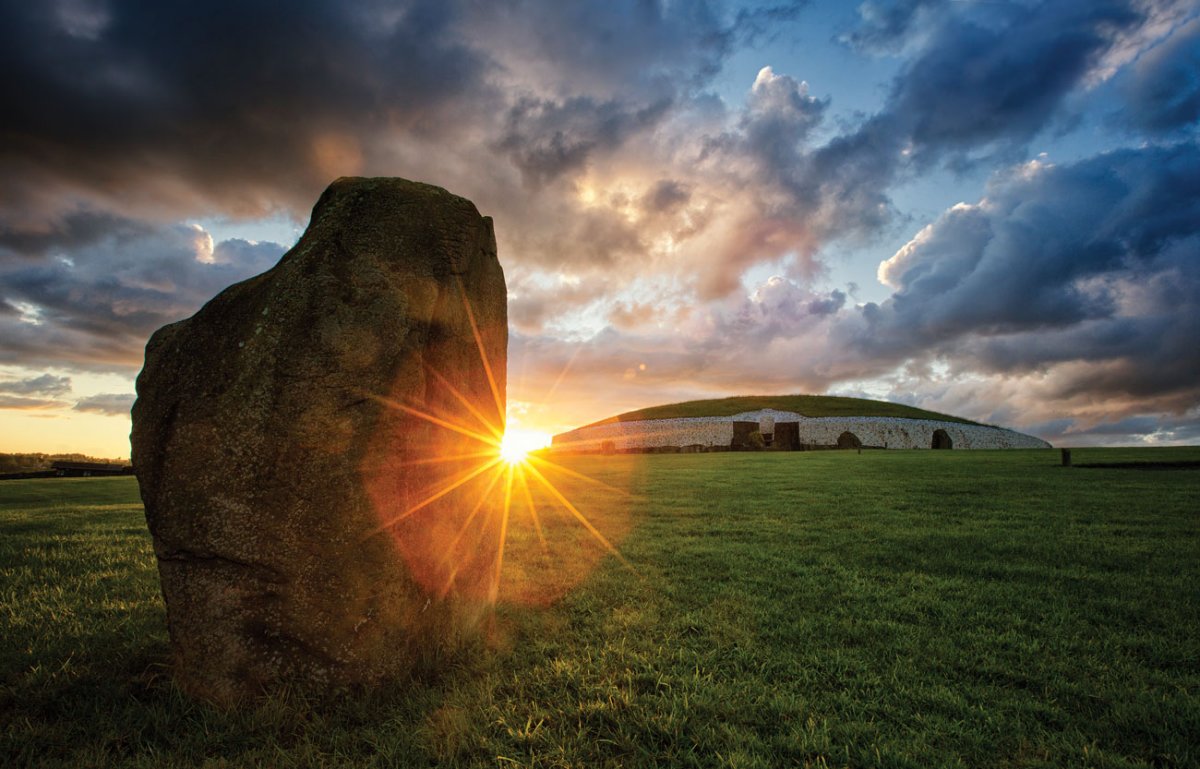 Our 20 must-visit destinations of the year

These are our must-visit destinations for 2016.

There are 5,000 years of European history contained within “Ireland’s Ancient East,” a newly dubbed touring region along the country’s story-rich eastern and southern coasts. From Newgrange and the Boyne Valley in the northeast to Cork in the south, you can explore ancient tombs, Viking settlements, medieval castles and myriad other historical sites at your own pace, enjoying new and improved tours and interpretive exhibits along the way. —Jill Foran

From the Freedom Trail and Fenway Park to Beacon Hill and Faneuil Hall Marketplace, Beantown’s iconic attractions and neighbourhoods have been long-standing draws for visitors. But this historic city is always adding something new to the mix, and this year, it’s race cars. On Labor Day weekend, Boston will host its first-ever IndyCar Grand Prix on a 2.25-mile, 11-turn course, where the world’s best drivers will loop around the Boston Convention and Exhibition Center at speeds of up to 200 mph. Festivities will be held throughout the city in the week leading up to the event, guaranteeing a party-filled atmosphere. —Mandy Savoie

Scotch whisky is the drink of 2016, and Scotland’s fifth largest island is where to sip it. Amidst Islay’s medieval castle ruins, Victorian towns, secluded beaches and peat bogs are eight world-famous distilleries. Take a tour at any (or all) of them to learn about their ancient traditions and to sample the single-malt brews (like a peat-infused Lagavulin or a 40-year-old Bunnahabhain). —Mandy Savoie

READ: Learning to Love Scotch in Islay for more on the culture of scotch whisky.

The atmosphere in Barbados is going to be festive all year long as the tiny island celebrates 50 years of independence. If you really want to get in on the revelry, the official anniversary is November 30, and celebrations will include a grand parade, the decorative lighting of Parliament in Bridgetown and the National Independence Festival of Creative Arts, which celebrates five decades of independence through local artists. —Sara Samson

Montreal is marking its 375th anniversary in 2017, which means the city has all kinds of celebrations and special exhibits planned for next year. But here’s a tip for those who don’t want to wait: one of the coolest exhibits launches this May. Called Cité Mémoire, this art installation transports you back in time by projecting 24 massive tableaux depicting the city’s early settlers, sports heroes, jazz musicians and more onto buildings, trees and streets throughout Old Montreal. Download the free Montreal en Histoires app to trigger historic scenes as you explore. —Mandy Savoie

This spring, Harry Potter fans will celebrate the opening of The Wizarding World of Harry Potter at Universal Studios Hollywood. Alongside Potter-inspired shops and the park’s first outdoor roller coaster, the signature ride, “Harry Potter and the Forbidden Journey,” takes you into Hogwarts castle, where you’ll encounter the Whomping Willow, a horde of Dementors and more. —Diane Bolt

When the Scottish-style Cabot Links opened in the small Cape Breton town of Inverness in 2012, golf fans figured no Canadian course could ever top it—that is, until its sister course, Cabot Cliffs, opened last July. This year marks Cabot Cliffs’ first full season, and, if you’re a golfer, this is a public course that should not be missed, with 18 breathtaking holes built right into jagged cliffs. —Alyssa Quirico

Located just 25 kilometres off the coast of Newfoundland, this under-the-radar island nation is the only territory in North America that is actually owned and governed by France, and it boasts tasty pain au chocolat, classic European cars and unique Basque heritage. This year, you can take the 55-minute ferry ride from Fortune, N.L., to celebrate the archipelago’s 200th anniversary under French rule. Festivities are running all year long, with historical reenactments, guided hikes and the islands’ first Acadian Tintamarre parade. —Mandy Savoie

Since Hurricane Odile hit in 2014, Los Cabos has spent the last year rebuilding. Now, in true Baja spirit, it’s back and better than ever; many properties are reopening with even more to offer. Some highlights: ME Cabo hotel brings back its famous pool parties, as well as the Tequila Fusion restaurant and a new spa. Plus, brand new for 2016 is Mexico’s first Ritz-Carlton Reserve and Auberge’s VieVage Los Cabos. —Alyssa Quirico

Manhattan’s art scene is booming this year. Carnegie Hall is celebrating its 125th season with a modern lineup and a plan to commission 125 new works over five years. The Whitney Museum of American Art moved into its new residence last year, freeing up the Breuer building for The Met Breuer—The Metropolitan Museum of Art’s expansion, which opens in March. And Broadway is premiering its first-ever Cirque du Soleil musical, Paramour, this spring. A cultural feast. —Diane Bolt

This medieval English market town, Shakespeare’s birthplace, is lovely to visit no matter the date. But this year marks the 400-year anniversary of the Bard’s death, which means that Stratford-upon-Avon will be hosting a series of commemorative exhibitions, events and walk-in-his-footsteps style tours. Opening for the season this spring, Shakespeare’s New Place, the site of his final home, has been transformed into a heritage landmark where visitors can get a sense of his life and see rare artifacts. —Diane Bolt

READ: Searching for Shakespeare to learn more about the Bard’s birthplace.

Music-lovers should put Calgary on their travel lists, because the long-awaited National Music Centre opens this summer. Sure to dazzle, the 160,000-square-foot museum at Studio Bell will house more than 2,000 rare instruments and artifacts, a 300-seat theatre and the Canadian Music Hall of Fame. Check out the Rolling Stones Mobile Studio, then stay for live music at the King Edward Hotel, a former blues club. —Mandy Savoie

Boasting an always-intriguing cultural scene and set against a stunning backdrop of ocean, mountains and rainforest, Vancouver has something for everyone. But it’s the sports-focused travellers who should consider a visit this summer, when the city plays host to the world’s first-ever Americas Masters Games. Running from August 26 to Sept 4, 2016, this event will welcome more than 10,000 athletes from around the world, and will feature 25 different sporting events—everything from soccer and ice hockey to archery and table tennis. —Jill Foran

Touted as “The West’s Most Western Town,” Scottsdale is an intriguing blend of cowboy heritage and modern, upscale resorts. Throughout 2016, this popular vacation spot is showing its “Loonie Love” to Canadians, offering some serious discounts on everything from hot air balloon rides and shopping to accommodation and golf packages at the Fairmont Scottsdale Princess. While you’re there, don’t miss the brand-new 16-acre OdySea Aquarium (opening in July). —Alyssa Quirico

There’s always something new to see in Sin City, and this year the major buzz is focused on the Las Vegas Arena, a 20,000-seat indoor venue on the west end of the Strip. Set to open this April, the arena will host 100-plus events annually, and its construction has also allowed the city to bid for a highly anticipated NHL team. Out front is The Park, a food and beverage area boasting a Shake Shack and Sake Rok, a theatrical dining experience serving up Japanese cuisine and live entertainment. —Sara Samson

READ: A Different Side of Las Vegas for more things to do on and off the Strip.

Costa Rica’s lush jungles and dreamy beaches are on many a traveller’s bucket list, but, for a glimpse into the country’s urban charms, make sure to spend some time in the often overlooked capital city of San Jose. Tour historic neighbourhoods like Barrio Amón, where restaurants are housed in colonial coffee growers’ mansions. Experience music and dance at the National Theatre (with its dramatic neoclassical facade) or visit the National Museum of Costa Rica, a former military fortress during the 1948 civil war. —Alyssa Quirico

Change is in the air in Cuba. In anticipation of a surge of U.S. visitors, Havana is bustling with building and road restorations and hotel and restaurant expansions, and vacation hot spots like Varadero, Cayo Coco and Holguín are beginning to follow suit. Head to the island in 2016 to experience Cuba’s renewed energy. —Diane Bolt

READ: The New Cuba to meet the locals and learn more about the exciting changes happening.

As one of the most multicultural cities in the U.S., Houston has a lot to experience: an eclectic arts scene, great spectator sports and exciting dining options. But, this year, it’s Space Center Houston’s new Independence Plaza that has us really excited. Opening in late January, this massive complex offers a fresh look at NASA’s shuttle era. The highlight? You can tour NASA 905, a 159-ton shuttle carrier aircraft, as well as a replica of the Independence shuttle, which is mounted on top of the carrier. —Jill Foran

This prairie city is having its moment. The food and arts scenes are booming as young Saskatonians build up downtown-area neighbourhoods like historic Riversdale with vintage guitar shops, design boutiques, cool cafés and award-winning farm-fresh restaurants. Plus, as the much-anticipated $84-million Remai Modern Art Gallery of Saskatchewan gets ready to open next year, the city is offering a variety of cool lead-up “Remai Modern Turn Out” events throughout 2016, bringing art to the city streets with live readings, music and performance art. —Alyssa Quirico