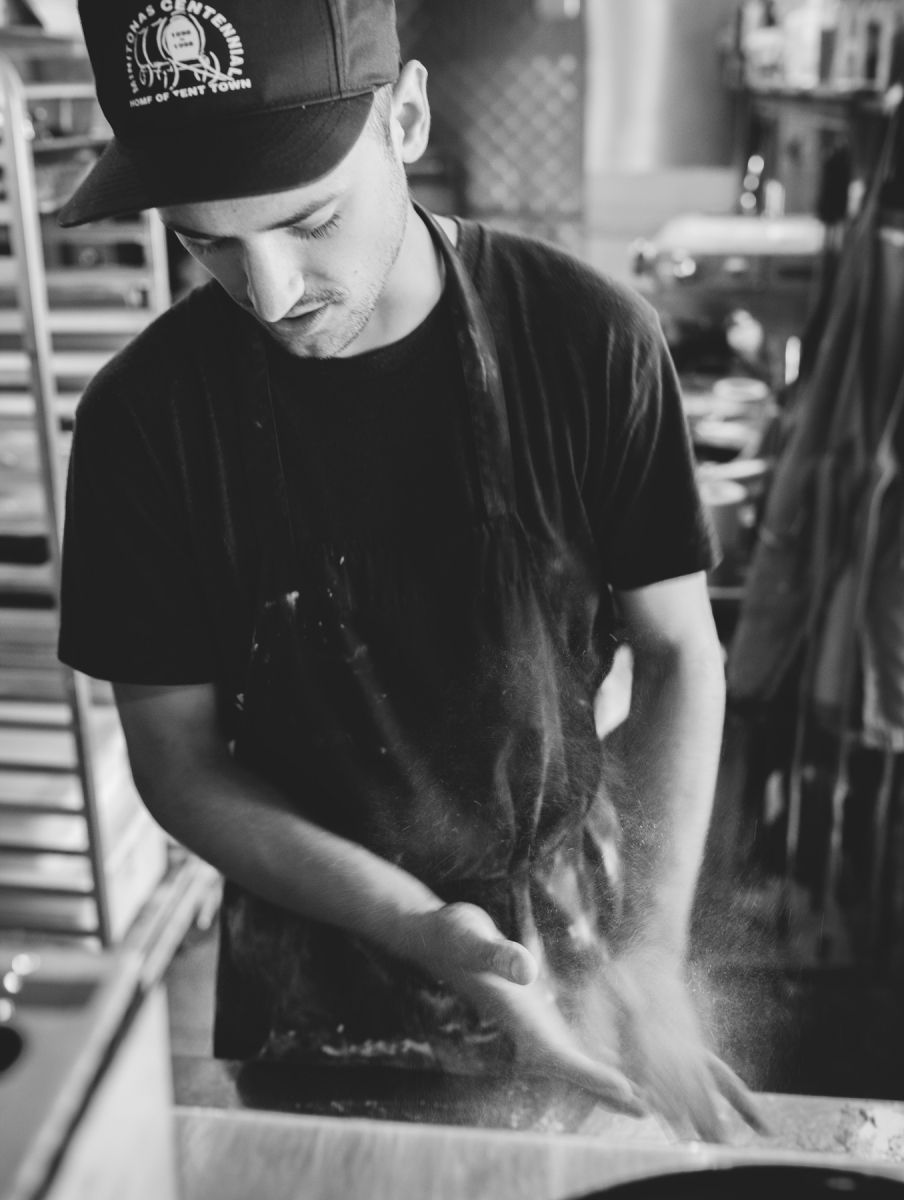 Standing in the heart of downtown, outside one of the great historic landmarks of the city — a majestic former railway hotel with a green-tinted copper roof — I stare out on an awe-inspiring view of the river valley. The lush green banks of the river are buzzing with activity as residents bike, jog, roller-blade or walk through the 80 kilometres of paths that line the great waterway that divides their city. I have to remind myself that I’m not standing on the grounds of the Fairmont Hotel Macdonald in Edmonton, peering out at the North Saskatchewan River; in fact, I am gazing at the South Saskatchewan River from the Delta Bessborough in Saskatoon.

It’s not the first time I’ve felt this strange sense of familiarity since I arrived in Saskatchewan’s most populated city. Visions of the trek from the airport into Edmonton were evoked as my drive down Saskatoon’s Airport Drive had me cruising past an industrial area, complete with a mannequin on a treadmill. A statue of Gandhi stares at me in Saskatoon’s downtown, much as he does when I visit the Stanley A. Milner Library.

There are other parallels between the two cities. According to Statistics Canada, in 2013, Saskatoon, with a median age of 34.9 (as opposed to Edmonton’s 36), was ranked the youngest city in Canada. And the population, like Edmonton’s, is growing quickly. Oddly, leisure travel to Saskatoon from Alberta accounts for more than 41,000 visitors to the city each year. And I can’t help but wonder if Edmontonians engaged in city exploration account for some of those numbers. After all, isn’t it appealing to, in just a little over an hour by plane, be whisked away from one up-and-coming city to another for an experience where everything is the same, only different?

Even the “old guard” of trendy streetscapes in Saskatoon has a familiar story. Broadway Boulevard sits across the river from downtown and, like our Old Strathcona and Whyte Avenue, the street — filled with independent coffee shops, bakeries, grocers, theatres and venues — is changing. Heritage buildings are being torn down and chain stores are moving in. But across the river, downtown and Riversdale are on the rise, creating an atmosphere of dining and culture for a hipper, younger crowd.

According to locals, Riversdale is where it’s happening, and it is only a 16-minute walk away from my downtown hotel, the four-star Delta Bessborough hotel (affectionately known as the “castle on the river”).

I visit one of the institutions that began Riversdale’s transformation from a neighbourhood best avoided to the vibrant district it is today: The Saskatoon Farmers’ Market. The market is a year-round affair based in the city’s former electrical garage. It boasts culinary delights from local producers and artisans, as well as a courtyard “market square” that opens in the summer months for an outdoor summer-shopping experience. But “local” is the key word. With a group of Saskatoon natives this concentrated, you’re sure to get the inside scoop on at least one hidden gem in town just by striking up a conversation.

I’m told of Thrive Juice Co., a new business that actually got its start at the market. It’s on the 20th Street main drag in Riversdale. There, I get my hands on an organic cold-pressed juice for breakfast. The juice is green, healthy and tasty, giving me the nutrition I need to continue through my dining expedition relatively guilt-free.

Like a funhouse mirror of our 124th Street, 20th Street features art spaces, coffee shops, a French bakery, a bike shop, a vintage theatre and arts venues. One of the busiest storefronts is Collective Coffee, an artisanal coffee shop smack-dab in the centre of The Two Twenty, a co-working space for artists, creatives and community-minded business startups. If you’re looking for the hip, the cool, the urban professionals and one hell of a latte, this modern hipster haunt — complete with a garage door entranceway and a dark hardwood aesthetic — is where you’ll find it. The shop buzzes with conversation, creative meetings and, in my case, the helpful hints of the locals inside.

The restaurant on everyone’s lips? The Hollows. I just “have to go there,” two helpful patrons tell me enthusiastically.

When I do, I am not disappointed. The Hollows is located just off 20th Street in what was once a local Chinese restaurant known as the Golden Dragon. I know this because the signage is still there. The decor is a dead giveaway, too, because chefs and owners Christie Peters and Kyle Michael have kept every single trinket, vase and lantern of the old space, creating a kitschy and colourful aesthetic that is comforting and reminiscent of the days when Chinese food was a small-town delicacy.

But the duo has a decidedly prairie-inspired menu. Peters, having worked at restaurants home and abroad — including Feenie’s, a casual dining establishment from renowned restaurateur Rob Feenie, and chef Daniel Patterson’s Coi in San Francisco — is no slouch when it comes to concept and cuisine. The menu at The Hollows features dishes made with local proteins, as well as fresh fruits and vegetables grown in the restaurant’s own permaculture garden. It happily plays into trendy concepts like heirloom seeds and seasonal dishes. Among the five-course tasting menu, the steelhead trout is a highlight.

The excitement in the air of downtown Saskatoon is palpable and déjà vu-inducing, as is the construction. With the new Remai Modern Art Gallery of Saskatchewan being built on the river bank and set to open in 2016, the revitalization of the downtown core is set to hopefully change the perception of Saskatoon from a small prairie town to a major metropolitan city.

I head there for some good meat-eats and a chance to gawk at a celebrity. The hamburger is ground in-house daily and Ayden cures its own bacon, so I opt for the burger. The patty is succulent and juicy and topped with a killer garlic aioli. And while we dined, customers had a front-row seat to the action in the kitchen, giving you the chance to see MacKay — in all his newly grown epic bearded glory — in his element.

Leaving downtown Saskatoon means getting into a vehicle or taking transit, but there are two hidden gems that are worth the drive.

One is the Prairie Harvest Cafe, another local food-focused diner, where I am exposed to the first turducken burger I have ever encountered. How can I say no? The patty is made with turkey, duck and chicken, then topped with cheddar, bacon, onions, herb mayo and a relish made with local berries. It doesn’t disappoint. Despite being made with poultry, it’s juicy — not greasy — and it’s expertly paired with that sweet berry relish.

Next, I head to Lucky Bastard Distillery where, I’m told, the only saskatoon berry-infused gin in the world is made. It’s good, clean and unique; I can only begin to imagine the cocktail possibilities of such a spirit. Taking the tour of the distillery is worth it, and I sample the whiskies that are still in the process of aging, though I’m told it will be about three years until a bottle of the stuff is for sale. As saskatoon berries and sea buckthorn berries are plentiful around the city, I pick up a two bottles of liqueurs made with them to shuffle back home.

Because, from what I can tell, it might be the only piece of Saskatoon of which I won’t find a reflection at home.