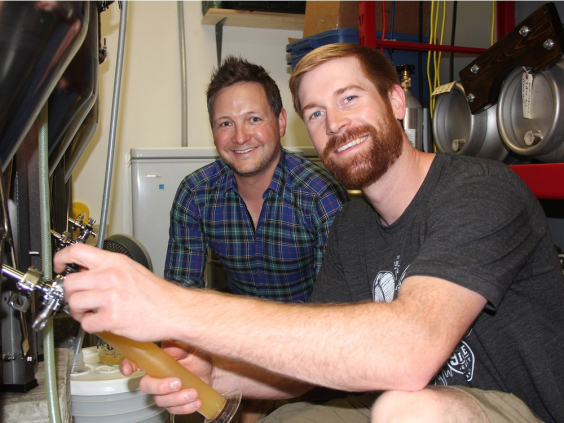 A brew pub could be opening in Saskatoon’s revitalized Riversdale neighbourhood as early as next year if city council gives a small microbrewery the thumbs up.

The owners of Saskatoon’s 9 Mile Legacy Brewing Company hope to replicate the success of tap houses found on the west coast with a tavern located on 20th Street.

Having gathered support from the local business improvement district (BID) and the community association to build the tavern, the microbrewery will seek approval from city council at a meeting in March. Co-owners Shawn Moen and Garrett Pederson want to have the doors of the new drinking hole open as early as 2017.

“It’s going to be a long road before the taps are flowing, but we wouldn’t be doing this unless we were optimistic that it could happen,” Moen said.

Having operated a retail space next to the Saskatoon Farmer’s Market, the owners of the small microbrewery say that they would like to stay in the neighbourhood.

Moen said the resurgence of Riversdale is similar to what he has seen happen in East Vancouver, and he hopes to be a part of the fabric that’s already developing.

“This neighbourhood is in the thick of where we are seeing a lot of vibrancy,” he said. “We have roots here.”

Ward 2 Coun. Pat Lorje said she anticipates the tavern will likely get approval, adding she has heard from similarly-minded businesses that are lining up to get into the neighbourhood.

“This is one of those happy instances when residents and the businesses are both in agreement,” Lorje said of the tavern application.

“I think it is quite wonderful rejuvenation.”

While the neighbourhood has seen a variety of new businesses opening in the past few years, Moen said the brew pub is a new concept to Riversdale

They are already thinking of the menu, but Moen said he and his partner hope to offer something new to the city.

“We plan on being friendly with our neighbours,” he said. “If someone wanted to bring in food from one of the nearby restaurants, they can feel free to do so.”

Moen also acknowledged the challenge of setting up a brewing operation within an existing space. The brew pub will be housed in a building once known as Victory Manor, which hosted a list of other tenants, including an art gallery and collective, a jam space, a bike shop and a soup kitchen.

“It’s going to require a lot of work, but once we are up and running we will have a space for people to quaff their beverages. The plan has always been for the beer to be front and centre.”