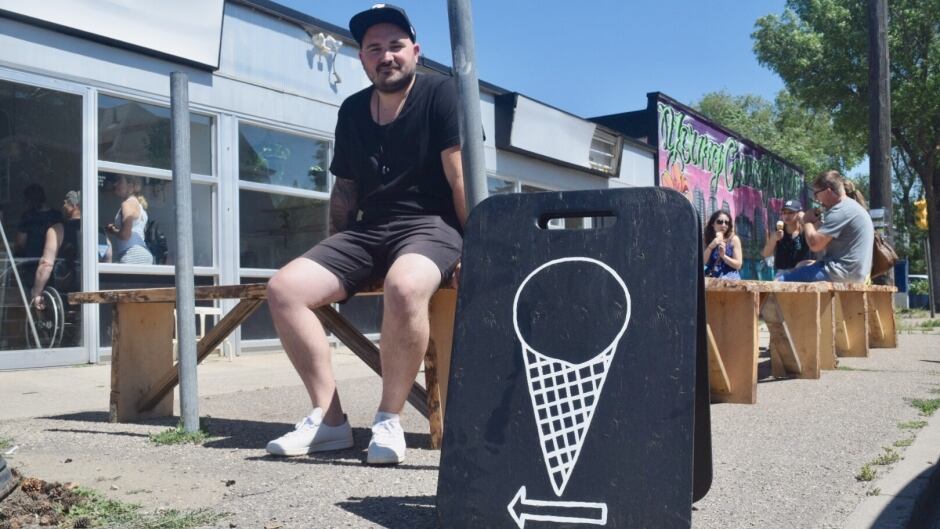 Newcomers to Saskatoon are sometimes cautioned to avoid the “alphabets,” the grid section of avenues on the west side of the South Saskatchewan River.

For a long time, the area has been known as a higher-crime district and, for some, an undesirable place to live.

It’s no secret that Riversdale underwent a revival in the past few years, particularly along the busy cafe and restaurant strip on 20th Street in Saskatoon.

Now the neighbourhood is pushing back against Saskatchewan’s economic downturn. While some business owners in the downtown core have reported slumping sales, some so bad they’ve had to close up shop, Riversdale will become home to at least three new food businesses this summer.

Brad Hamm, who is preparing to open his new Latin-themed restaurant Picaro with his wife Carmen in September, said cheaper rent in Riversdale is likely a factor.

But he said his conversations with other Riversdale business owners made it clear the economic downturn had hit restaurants across the city, not just downtown, and including Riversdale.

Hamm, who also owns Una Pizza + Wine on Broadway Avenue, thinks the passion behind the neighbourhood is part of its appeal, and its strength.

“The neighbourhood is pretty feisty as well and I think people understand that there is some new energy as well as that old gritty characteristic of Riversdale, I don’t think that’s going to go away,” said Hamm.

“I think those two things make it a neighbourhood that can persevere, I think, through some of those downturns.”

In fact, Hamm believes holding on to the neighbourhood’s “gritty” atmosphere is crucial to its success in the future.

He said it’s important that business owners there make efforts to keep it inclusive, adding that the diversity and accessibility of Riversdale is part of the reason people take pride in the neighbourhood.

“It is becoming a little shinier these days but I think if we all are on the same page about making sure that our doors are open to everybody going forward, and seeing that the investments are going into improving the socio-economic side of that neighbourhood too,” said Hamm.

“We’ve all got to get behind that and hopefully everybody wins.”

Neighbourhood should be family-friendly

For Fable Ice Cream owner Jordan Ethridge, nurturing the family aspect of the neighbourhood is a priority.

He lives in Riversdale with his partner Lauren and, with a baby on the way this summer, he wants to raise his family there.

“We want everyone to feel like they belong and so that’s kind of our motto, is to bring something to people that everyone can enjoy,” said Ethridge.

“And yeah, it’s a challenging thing but if we have dialogue with our neighbours and just try to bridge the gaps that exist it could go really well.”

Ethridge said bringing families together was part of their vision when they opened their ice cream counter on Avenue H S. earlier in the summer. The store is one block outside of Riversdale.

She said the existing businesses have succeeded at maintaining the neighbourhood’s character, simultaneously adding their own modern flair.

Bykowy believes the neighbourhood also attracts new businesses by being welcoming to owner operators like herself.

“The amount of support from all the other businesses around us, it’s unreal,” she said.

“Everybody’s excited and everybody supports everybody, it’s like a big family. I don’t know if it’s because it’s a new neighbourhood and it is starting to develop, everybody’s pumped.”

Riversdale Business Improvement District executive director Randy Pshebylo said the success that Riversdale is seeing now is part of a long-term plan that dates back to 2001.

He said the neighbourhood had always been a “landing pad” for newcomers and startups, partly because of its affordability and small lots.

Pshebylo does not see the neighbourhood’s existing population being displaced by future growth.

Instead, he said growth in Riversdale is restoring balance to a neighbourhood that was previously in a state of imbalance.

“What we’ve been very cognizant of here and worked very [diligently] towards is maintaining the inclusiveness and that edginess and grit, if you will, but it’s about bringing that balance back to the neighbourhood.”

Pshebylo said he was pleased to see new businesses opening in the neighbourhood, but said the longevity of Riversdale businesses was an even bigger cause for celebration.

“Ribbon-cuttings are great, having store openings and announcements are wonderful, but I find more success and happiness from having anniversaries and birthdays of those same businesses,” he said.