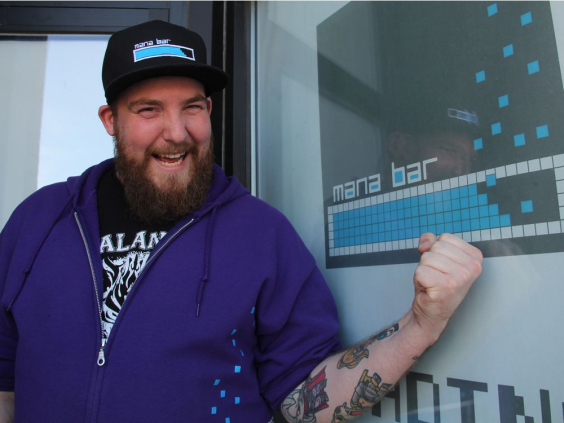 Nine Mile Legacy Brewing will soon relocate its brewery to 20th Street, and co-owner Shawn Moen said the role alcohol will play in the future of the community will be much different than its role in the past.

Business owners who will soon open two establishments selling alcohol on 20th Street say with responsible management, more alcohol in the area won’t mean a return to the days of the infamous Barry Hotel.

9 Mile Legacy Brewing will soon relocate its brewery to 20th Street, and co-owner Shawn Moen said the role alcohol will play in the future of the community will be much different than its role in the past.We apologize, but this video has failed to load.Try refreshing your browser, or
tap here to see other videos from our team.

“We own this building, so we intend to run this business for upwards of 30 years,” he said of the new location. “It’s not the sort of thing where we’re just rushing in on a lease and trying to make as much money as we can and to hell with the community.”

As a former Crown prosecutor, Moen experienced the negative impact the Barry Hotel first-hand, adding 9 Mile has no interest in establishing a place where people come to drink and drink alone.

Moen said he wants 9 Mile’s contribution to be one of new jobs, new value and “new life,” as the brewery is already severing several area businesses and employs members of the Crocus Co-op, a non-profit organization helping people with disabilities.

“This isn’t something new here, it’s a return,” he said. “It’s a return to a very vibrant community (and) a very eclectic neighbourhood with lots of different cultures and people and that’s what makes this place special.”

Randy Pshebylo, executive director of the Riversdale Business Improvement District, said many business owners, including those bringing new bars to the strip, have a shared vision.

“The business owners themselves are very keen,” said Pshebylo. “The buzzwords I’m getting used to are niche and quality.”

“We talked about Riversdale being out of the ordinary and that seems to have resonated with (business owners) that want to provide a product, or a creative product, that you just can’t go to IKEA, or you can’t go to Costco … and buy something like that.”

However, community organizer Erica Lee, who has lived in the area her entire life, said rhetoric around changes in Riversdale makes her “uncomfortable.”

Lee said the introduction of new businesses and developments have increased living costs, making life more difficult for residents, without contributing any supports, “completely neglecting,” those who have been highlighting the value of the community for decades.

“There’s so much poverty here and it’s just getting worse,” she said. “There’s a big disconnect from what people are saying about making the community a better place, when our grocery store just shut down and there’s little access to drug-harm reduction programs or support for First Nations mothers.”

“The removal of the poorest residents in the city to make way for upscale restaurants and stores is ultimately just a continuation of colonization,” she added later.

“It’s no concern to me at all,” she said. “As long as they control the people … so they’re not out breaking windows or out on the street drunk.”

Saskatoon’s municipal planning commission recently recommended e-sports centre, Mana Bar, get permission from City Council to operate as a tavern, and owner Chris Knoppert is aware of the responsibility he has to his neighbours.

“For us, it’s always looking at how we can bring positives to any area, not just 20th or Riversdale,” he said. “I try to get involved with the community and I go to community association meetings. Even if I didn’t live here, I’d still go, because I want to know how I can help the community as a business owner.”

Owner of the Undergound Cafe Dallyn Guenther, which has been selling alcohol for two years, said they’ve had no problems and the addition of two more establishments doesn’t make him uneasy.

“I don’t think concentration is an issue,” he explained. “Every establishment on the street could be a bar, if everyone is playing by the same rules then there’s no problem. It’s a cooperation thing.”